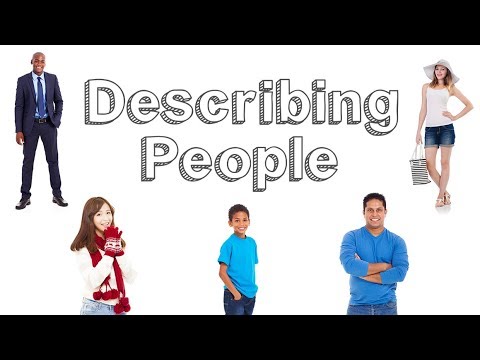 Example: Her style of wearing makes her to look young for her age.

Example: Recent years, my parents have been getting on a bit.

4. To bear a striking resemblance to somebody: to look very similar

Example: Everyone often says that I bear a striking resemblance to my father, which I really proud of.

5. To be good-looking: to be attractive

Example: She is the one I have a crush on who is really beautiful and good-looking.

6. To be well-built: to be muscular

Example: He has been working out for years, then he is well-built.

7. To be well-turned out: to look smart

Example: The guy who is wearing glasses and a yellow T-shirt is well-turned out.

8. To be overweight: to weigh more than is regarded as healthy

Example: Overusing fast food can cause to some health problem such as being overweight.

9. Shoulder-length hair: hair that comes down to the shoulders and no further

Example: She has shoulder-length hair, and a bright smile.

10. To lose one’s figure: to have a figure that has lost its toned shape

Example: Because she ate too much fast food recently, she lose her’s figure.

Example: Whenever she shows up in the public, she always get done up.