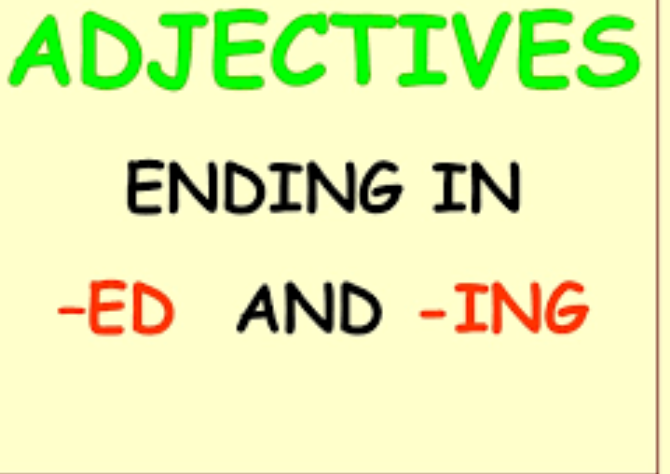 We often use -ing and -ed participles as adjectives. We usually use them in the same positions as other adjectives:
Example:
A win, even by only one goal, would be a satisfying result.
I never find fast food very satisfying.
Recommendations from satisfied customers got our business off the ground.
We follow up every complaint from customers dissatisfied with our service.

Some participle adjectives (see the table below) can be used on their own before or after a noun:
The chosen song features innovative use of digital sampling.
The song chosen may be a disappointment to lovers of traditional ballads.

But some participle adjectives (see the table below) can only be used after a noun:

✓ Please dispose of your cigarettes in the ashtrays provided

We often use participles as adjectives to describe feelings or opinions. We use -ing participles to describe a feeling that something causes
It was a frightening film. (= it frightened us/it made us feel afraid)

We use -ed participles to describe a feeling that someone experiences:
I felt frightened when I watched that film. (= I was frightened / I experienced fear)

Note: Inanimate objects cannot have feelings so we don’t usually use -ed adjectives about feelings to describe them:

✓ The report was rather worrying (= The report made readers feel anxious.)

We can use that/those with all participle adjectives with a meaning like “the one/the ones that …”. In this pattern we use that to refer to a thing and those to refer to things or people:
The easiest route is that taken by Amundsen (= the one which was taken by)
Those living in temporary accommodation will be rehoused within three months. (= those people who are living in)
I feel sorry for those left behind. (= Those people that are left behind.)

We sometimes combine participles with other words to make compound adjectives. The participle usually comes last. Notice the use of hyphens when the compound adjective is used before a noun:
This Japanese maple is a particularly slow-growing variety.
Handel’s ‘Xerxes’ was a rarely-performed opera until relatively recently.
Interest in Latino music is no longer confined to a Spanish-speaking audience.
The marines made a death-defying leap over the cliff edge.